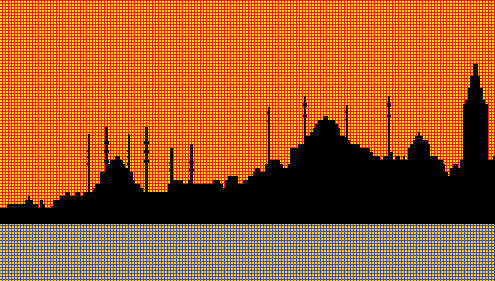 Helen was going through a very dark period. Brent, her husband of only three years, had recently died of an inoperable brain tumour. Then when going through his computer, Helen found pictures of him and one of her best friends in a compromising situation.

Brent had not been the love of her life but she had always treated him as though he were. She sacrificed a lot to be with him but in retrospect he clearly wasn’t happy with her. And he hadn’t had life insurance. After the funeral, Helen was depressed but somehow elated in equal measure. She was on her own again, no more of his messes to clean up, no more cooking gourmet meals to please him — but sadly no more company either, which was why she had really married him. He was blessed with an infallible sense of humour that neutralized his many shortcomings. That was what she missed more than anything, the companionship.

“I will get over this,” Helen decided abruptly. She had some savings of her own. “I will have adventures,” she vowed. “I will be the ultimate merry widow.”

She had travelled a lot in her younger days. Paris, Rome and Athens were already crossed off her list. Now she wanted something more exotic, something more daring. She needed to get away from all of the stifling empathy of her well-meaning friends. She loved art and architecture. So she walked into a travel agent’s office and came out with a voucher for a seven-day tour of historic sites and an air ticket to Istanbul.

The trip in from the airport was exhilarating. The city was immense. It was a magical mixture of very old and uber-contemporary buildings. Her excitement surged as the cab crossed the Haliç Bridge over the Golden Horn. The sun glinted on the ancient waterway where boats and ferries and tankers vied for position. She checked into the modern, upscale Radisson Blu in the Şişli quarter on the European side of Istanbul. For a moment as she passed beneath the soaring atrium she had a feeling that someone was watching her. But she turned and saw only the usual to and fro of hotel guests, with no one at all looking her way.

Exhausted from the long flight but determined not to succumb to her fatigue, Helen decided to go for a swim. She found the bank of elevators that would take her up to the rooftop pool and, surprisingly, not another person was there. She swam a few lengths and then lay down on the deckchair in the warm fall sunlight and promptly fell asleep.

She awoke an hour later, still feeling woozy from the jet lag. She reached for her water bottle and it wasn’t there. Her beach bag was gone. Gone too, were her expensive sunglasses, her brand new beach towel, her hotel key card and the little money she had brought up to the roof with her. Thank God I didn’t bring my wallet or anything of real value, she thought.

She had to now face the reception desk staff to get another key card. They tried to downplay the theft and suggested that she might have left her bag somewhere else. To report the matter to the police seemed a bit extreme, so after recording the inventory of her bag, the staff members promised to be on the look-out and assured her that someone likely would find and return it. Helen sighed and clutched her neck, then remembered that a necklace that Brent had given her was also in that bag. She had taken it off so that it wouldn’t leave a tan mark. It was a small piece of ancient rock that they found on their honeymoon. He had a jeweller thread it on a turquoise blue leather cord. He had a tiny heart carved out on the back of the stone with inlaid silver. It wasn’t particularly valuable except for the sentimental aspect which maybe didn’t matter much anymore. He was, after all, a philandering bastard.