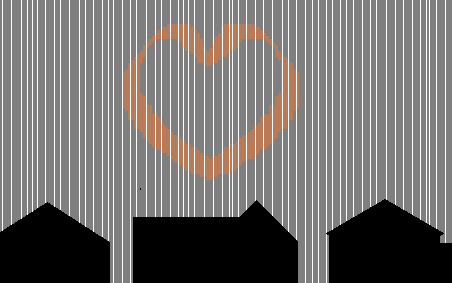 The headache came again, as it always did when Lennie lost a patient. It grew on the way home when a puddle swallowed his foot up to the ankle as he stumbled into a cab. Inside the cab smelled like oranges and cigarette smoke, his own recipe for nausea. Oranges alone wonderful. Smoke alone, awful. Together, unbearable. He opened the window and endured the rush of cold rain coming through.

The driver only did stop and go, which threw Lennie forward against his shoulder strap again and again. How did this guy ever get a license? Hipster hat, blond hair over the collar of his plaid jacket, probably fuzzy. A wannabe actor on his day job?

Lennie had bent over the Operating Room table for hours, doing what should have been a routine mitral valve replacement on a 72-year-old man who was healthy otherwise, though borderline obese. But there was much more, calcium deposits everywhere, plus a prolapsed semilunar. He never knew for sure until the chest was open. In his job he could sweat all day and end up with nothing but disaster.

When he got out at the station he got a better look at the driver, a kid really. The way he tilted his head to scan the sidewalk for fares, just like Nathan at ten looking down the street for the school bus. His kid who was already hot to get his learner’s permit. Lennie over-tipped, and the driver’s face opened up in a grin that grew wider still when a young woman in a yellow slicker jumped in. The audacity, a spot of sunshine in the rain. The image hung on like a burr till he got to his gate. How could he forget? His first patient, a baby with an atrial septal defect, came back to see him on her fifth birthday, racing along the hall in her glistening raincoat.

On the train he wedged in next to a woman with so many shopping bags he couldn’t see her face. Backsides of ancient brick buildings flew by, windows lit in the growing dusk. A man in an undershirt leaned out of one of the windows, looking down. Through another, kids sprawled on the floor in the dancing light of a TV. But most of the time he couldn’t see anyone, just the angle of a chair, the white of a fridge.

He leaned against the headrest and let the train shake the beast in his head. Think of the rush of watching blood flow through a new bypass graft, the color in the cheek of a child with a repaired interventricular wall. Many successes. But it took so many to balance one loss.

Someone clomped down the aisle trailing the odor of pizza. He’d never eat again.

At the Kenilworth station the train spewed passengers out like viral particles that spread across the land, dividing around the circle fountain, still covered for winter in panels that made it look like a nose-cone.

His eyes welcomed the dark streets and the walk that warmed his legs till he couldn't remember which foot got the soaking, but his headache wouldn’t let go. Through windows, flat giant screens flickered light along the walls of great rooms, ficus plants towered in bay windows, sofas spread out as large as that room with the kids he passed way back there by the train tracks. But here he did not see a single person.