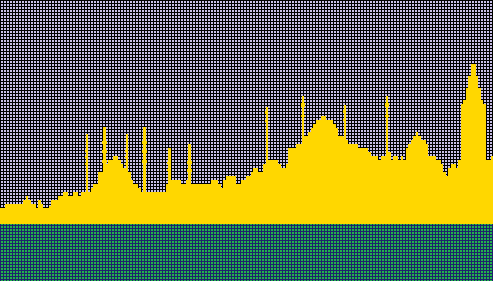 Day one of the tour. Helen rose early. Was that hunger or anxiety gnawing at her stomach? She reckoned she wasn’t afraid as much as excited to help Aslan and prove to herself and to the world just how courageous and enterprising she was. Aslan belonged to the Special Action Branch of the Turkish Police and he had recruited Helen on this case. Just last evening he had told her that his people believed that it might be a woman on their tour who was behind a suspected plot to destroy a landmark (but what landmark?) in Turkey and although the branch’s sources were crude, they were for the most part reliable. Helen agreed to be vigilant and keep an eye on all of the women. Dangerous work, yes, but for Helen thrilling. She hadn’t had much opportunity to be adventurous in her life but she was determined to change all that. She was going to help catch a terrorist!

She savoured her Turkish coffee as the other tour members trickled down to the hotel restaurant. The Persian sisters — their names were Darya and Aryana — joined her at her table. They chatted incessantly about the rugs and silks they were going to buy once they reached the city of Bursa. Helen watched and listened carefully but detected nothing unusual about either of them. They told her they shared an extravagantly large condo in Santa Barbara in the States and now, since the death of Darya’s husband, they did a lot of travelling together. One a widow and the other a spinster. Moments later Samir and Jasmin, the young newlywed couple, came down and joined the next table. They ate their breakfast, holding hands and gazing lovingly into each other’s eyes. They too, seemed innocent.

Maria and Bruce, the Aussie couple, arrived and chose to sit on the other side of the room. They bowed their heads in prayer before eating. Strange that they don’t want to sit with us, Helen thought. Could the whole pious thing be an act? Maria was taller than her husband. She was built like a wrestler while Bruce was thin and lanky. He wore Bermuda shorts with the unfortunate sock and sandal combo, but he had a good set of legs. Maria was hefty in a loose-fitting caftan with a scarf wrapped around her wide shoulders. She was definitely someone to watch.

Helen went over to their table. “Good morning! Why don’t you come join us? We tourists should stick together,” she said, smiling.

“We’d rather start our day in silence with each other and the good Lord,” Maria answered.

Her husband nodded, but without enthusiasm.

“I’m sorry, forgive the intrusion.” Helen started to walk back to rejoin the others.