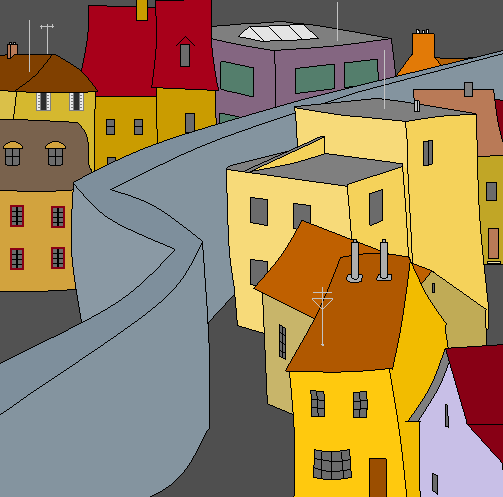 The recent attempt on the life of Skripal, the Russian defector in the U.K., got me thinking about the Cold War days, when I was in Berlin in the 80s, before the Berlin Wall came down. I was waiting for someone named Andrei.

Would he even show up, I asked myself.

It was the afternoon of the second day, and still I was waiting. Still I eked out my innumerable cups of coffee in this dismal café a spitting distance from the Wall. I don’t even like coffee that much. What I desperately wanted was a drink, but it was too early, I needed to keep a clear head, and, anyway, I had a reputation.

The Wall. What a laugh. On the East German side they called it the “Anti-Fascist Protection Rampart.” It was a scar, a rancid slash across the city, dividing the Russian sector from the British, American and French sectors. I was old enough to remember it going up, back in 1961, though I had no idea it would figure heavily in my life. At the time, the old lags thought it would be a temporary thing, and in the early days, true enough, it was a flimsy string of barbed wire and wooden guard posts.

This was my second day here, a job like any other, in that it promised no great hope of success. Andrei will come through, I’d been told, we just don’t know quite when. Maybe Tuesday, maybe Wednesday. Be patient. I had no idea who “Andrei” was, nor whether that was his real name, an alias, or some code. I didn’t know what he was bringing, only that when he arrived, he would recognise me, and we had to get out of Berlin fast. That was all planned. That didn’t bother me. It was stuff I’d done before, risk minimal, but you have to be prepared for the rough approach if necessary. Anyway, the risk was all Andrei’s. If he made it to the West, we were still the Occupying Power, with all the rights and privileges that gave us. I wasn’t much more than a hand to hold, a guide to say “This way” or “That way,” as well as a courier for what Andrei might bring with him. It had occurred to me, too, that I was the backstop if Andrei proved to be a rogue.

I sipped economically at my coffee again, and pushed the kipferl around my plate. I don’t have a big appetite, but I felt I owed it to the café owner to buy something more than a few paltry cups of coffee. But the whole thing was making my stomach sour. This was the last day. If he was a no‐show then I was off home tomorrow, to report, as I had so often in the past, that my operation had been a failure. It wouldn’t feel great, or redound to my credit, but it wouldn’t be the first time, for me or any agent. You didn’t live and die by your successes and failures, you played the averages.

The bundle of paperwork for the mission had come two nights ago, delivered by motorcycle courier. Short notice, but that’s how we work.

That was confirmation enough. The delivery man told me he hoped I wouldn’t mind the interruption. I was marginally dismayed, because I knew how the office work piled up when I had to go away, but it was nothing new. So off to Heathrow, British Airways to Templehof, and then the waiting, always the waiting.

Boredom is something we all suffer from de temps en temps. I know that. But boredom plus tension make a particularly toxic brew. Add in a lack of appetite and a touch of the DTs, and you’ve really got the motor running. I knew, rationally, this was a straightforward operation. Here’s the address of the café, here are the times he’ll show up, you know what to do. So I did.