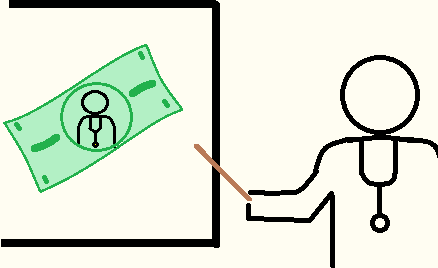 “One dollar.” Dr. Peter Lanford held the crisp new bill in his hand and waved it in front of his dinner companions at the awards banquet honoring him and a few other aging members of the Texas Medical History League.

They were dining at the renowned Elderton Club, where, legend had it, back in the 60s, the British matinee idol Sir Reginald Wellington used to light ladies’ cigarettes with $100 bills and beguile them with stories of saving damsels in distress on the silver screen. After which he’d lure the lady smokers up to his suite for a meaningless tryst.

Peter had seen him do it, once, when he was 15 and bussing tables on the night shift. He’d been only a table away and the movie star — though he wasn’t a star anymore then, just a broken-down has-been wasting money on sallow young women — had regaled a debutante-to-be with another tired old tale of derring-do and laid the flaming hundred dollar trick on her when the girl’s doctor dad came back from an emergency phone call and belted the old fart in the kisser. The actor’s toupee had flown off his head and landed in the décolletage of one of Houston’s most revered doyennes.

Dr. Lanford, ever the extrovert, had told that story many times, in this very club no less, to these very colleagues, before he’d been bitten by the humanitarian bug at the dawn of the new millennium and gone off to the wilds of Patagonia or some such place to save lives. Or so the story went.

“Here we go again,” Dr. Frank Tremaine said from his table near the stage, dipping a jumbo boiled shrimp into the horseradish sauce and stuffing it whole into his mouth.

“Enough is enough, Peter. Let the old geezer rest in peace,” whispered Dr. Rachel Schumacher from her fellow honoree chair onstage. She was the youngest of the award winners but by far the most conciliatory. It had been her older sister, after all, whom the now-long-dead matinee idol had propositioned some forty years before.

“One dollar,” Dr. Lanford repeated, his voice rising, his palm hitting the lectern with a decided splat. The rest of his colleagues looked up, their cocktails tinkling to sudden stillness.

“Is something wrong, Peter?” Dr. Cynthia Ward asked discretely from her Mistress of Ceremonies chair. They had dated in med school but she’d gone on to marry a fellow dermatologist with regular hours, unlike Peter the bachelor who even then was leaning toward epidemiology and the wide world beyond.

“One dollar,” Lanford repeated, his voice hushed this time, his lean frame bending toward the dollar fluttering before this room full of distinguished physicians. “One dollar a day, ladies and gentlemen of medicine, that’s what your colleagues in global crisis zones can spend per patient, per day. Maximum.”

A mutter of vague annoyance rippled across the room, low enough to be anonymous, loud enough not to ignore.

“One dollar,” Dr. Lanford repeated, focusing his icy blue eyes on the table nearest him where the major donors for the History League’s Memorial Donation Program sat.

“That includes all medicine, all nursing care, all bandages, IVs, saline, plasma, you name it. As for MRIs, CAT scans? — Forget it!” Lanford snorted. “X-rays, maybe, God willing, if the generator’s working, you might get one, maybe two films a day, circa 1950 quality.

“One dollar, my dear colleagues. That won’t even buy the mocha in your caffè latte here in Houston.