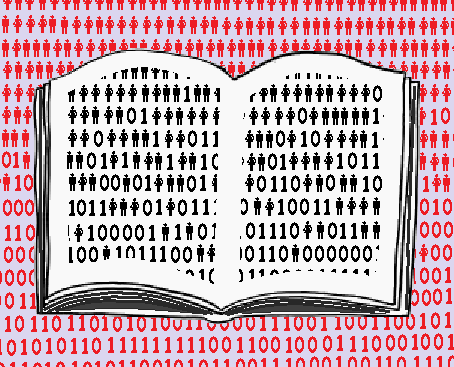 It was the day before the big release and Jerome knew there was no chance he would be first in line. He wasn’t worried. It was made clear by the developers that nobody would be left out as long as they were in line no later than the day before the release, regardless of how far back in line they were.

Jerome casually got up from his seat and waited for the bus to come to a complete stop. Once it did, the doors opened with a loud slam and he walked off. He stood and stared at the line-up of people that started at the store’s front entrance.

He walked over to a girl sitting on a comfortable-looking folding chair. She was first in line. The closer he got to her, the louder the murmuring from those sitting behind her became. He glanced at some of those people’s faces and saw expressions of murderous rage.

The people in line continued staring at him contemptuously.

“You better believe you’re not cutting in line,” somebody said, “because if you did, we’d kill you.”

Jerome ignored the threat and walked over to the girl on the chair.

“When did you arrive here?” he asked.

He was astounded. “Why did you come so early?”

“This is historical,” she said. “I wanted to make sure I’d be the first person to get one so I could be a part of history.”

Jerome asked how she was able to maintain her place in line for so long.

“My parents, my brothers and some friends helped me,” she said. “They brought me food and water every day.”

“Did they ever take your place in line to give you a break?” Jerome asked.

She shook her head. “The store made a rule that you had to stay in line at all times, or else you lost your spot. They said it was a way to make things fair for everybody. They have people checking the line all the time, making sure nobody leaves. There are even cops constantly roaming along the line to make sure nobody cuts.”

As if on cue, a police car crawled beside the line, and the officer seated on the passenger side glared at Jerome suspiciously.

“So you’ve been sleeping here for a month?” Jerome asked.

“How were you able to go to the bathroom if you couldn’t leave the line?”

“My mom brought me a bucket, and one of my brothers comes to empty it every night.”

Jerome couldn’t imagine using a bucket for a day, let alone a month, but considering the circumstances, considering what the girl and everybody behind her was waiting for, he completely understood.

He thanked the girl and started walking alongside the line, passing person after person, all of whom were slumped back in folding-chairs. Most of them were staring at their phones with glazed eyes. Their faces were haggard. All of them had buckets resting nearby. Yet despite their uncomfortable conditions Jerome envied their position in line.

The line curved around the block, but Jerome could not see the end of it as it curved around another block followed by another and another. He did notice however that the conditions of those waiting in the line shifted the further along he walked. No longer were people seated in the kind of chairs he saw near the front. Instead, most people were sitting on the ground. While some sat on blankets, the majority just sat on the pavement. However, just like those in front, the vast majority of the people were staring at their phones with the same glazed eyes.

Jerome approached somebody in line, a much older man. Nobody in line behind the man seemed to mind, let alone voice an objection, as he approached closer to the man.

“How long have you been waiting?” he asked.