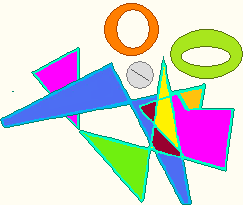 Joan is perched in Kelly’s styling chair, waiting with her cellphone, texting, checking her social media accounts, thumbing through an old Vogue magazine, surrounded by interlocking banks of mirrors, reflections bouncing off other reflections.

Lady comes out again like a hotelier in a Colombian telenovela, wearing a black Oxford shirt dress uniform with pink fringes. “Would you like more coffee, or perhaps ice water, or a special cocktail, Miss Joan?”

Eighties music provides ambience. Joan taps her toes to an extended dance version of “My Obsession.”

A passing blur of black and silver brings Irina into Joan’s line of sight. Irina is wearing a blonde wig and quickly setting up her station, behind which is a sign attached to a tinted mirror:

The best and most beautiful things in the world cannot be seen nor even touched, but just felt in the heart.   — helen keller

Irina sets out small photographs of a little girl and a man with thick red hair wearing glasses. There’s a separate picture of a dachshund sporting an expression that looks like an elfin grin.

Joan feels her own eyes widen as she reaches for something to say. “How have you been?” she asks.

“It’s been over a year and I wasn’t sure when you’d be back. Kelly didn’t know either.”

“Oh, no worries. No worries at all. Looks like he’s got you with a slightly lighter shade now. It looks good! Like he’s doing extra finger waves with a bonus pin curl on each side.”

“The Missy Elliott hairdo is still in style.”

“Is it? To me, it’s Rammstein that never goes out of style. It’s the eye makeup,” she says. “Like good things are possible in Berlin again.”

“Gretel is sweet as ever,” Irina says, indicating the grinning dachshund. She glances at the other picture but offers nothing else, a puzzle.

Joan catches movement in another mirror, sees Kelly as he stumbles in.

“I’m here!” he says, taking his down jacket off and tossing it on a hat rack.

Joan and Kelly briefly discuss the look that they will achieve today. Then Kelly hits a buzzer on a small strip of wall not covered by mirror.

“Where is she?” he asks, buzzing again.

Joan hears the sound of a small bell coming from the staff lounge area, about forty paces away.

Lady pops out, apparently brushing away crumbs and looking out of sorts, looking put upon.

Kelly tells Lady to mix the dye according to Joan’s formula on file. “Don't come back until you’ve got it ready,” he insists.

He pulls a bottled water out of a courier bag. “I was over-served again last night,” he says. “They shouldn't have done that. They should know me by now.”

Irina, waiting for a client, suggests that he could start work later in the day, then.

“I prefer to meet my clients when they want to meet,” he says. “Even if I’m a little late.”

A few minutes later, Lady comes out with a bowl of mixed hair dye and proffers it to Kelly.

Lady heads back to the staff lounge, and Kelly begins applying dye to Joan’s hair. Joan begins to zone out, while Kelly whistles to another cycle of synthetic pop. Then he lets her sit a while and goes off into the staff lounge.

Irina perks up. “I'm planning a party,” she says to Joan, who also perks up again.

Joan remembers that Irina was always planning parties — imaginary ones. But she feels like a good sport and goes along with it.

An hour later, Kelly has shaped and trimmed Joan’s hair, and now she awaits the final touches as he ambles off to the staff lounge again. Irina’s client shows up, a sunbaked older woman probably from upscale Grosse Point Shores and looking fussy from the get-go. “I don’t want to be one of those ladies that sticks forever with a bygone hair style from my youth,” she says.

“What do you have in mind?” Irina asks.

The woman looks around, takes her coat off, sees the photographs at Irina’s station. “Something new,” she says. “A fresh start.”

Irina takes her coat, steps into the cloakroom with it just as Lady returns and asks if anyone needs a drink. Lady looks toward the photos. “It was so sad what happened to her husband and daughter, and so suddenly” she says.

Joan and Irina’s new client make hasty eye contact. Joan had known that Irina had been married, but hadn’t know about a child, or their fate. She’d wondered why Irina had disappeared for so long. She feels terrible for her. In the moments after Irina reappears at her station, and before Kelly returns to walk Joan to the front door, Joan says, “I’d like to make an appointment with you next time.” That said, and imagining Gretel’s canine grin reflected in the mirror of her mind, Joan knows that for the time being, she will be able to make an awkward escape. By next time, she hopes, she’ll know what to say.