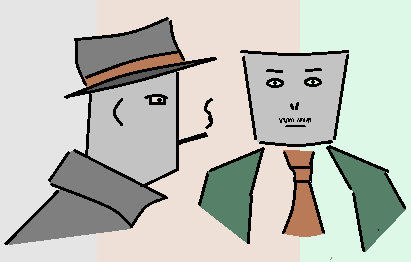 My wife always thought that someday I’d be a big success. She talked about it since we got married, enthusiastically in the beginning, particularly when she became pregnant with our first daughter, less and less later, after she got pregnant again. We lived in Beltsy, a mid-size city in the northern part of Moldova in (at that time) the Soviet Union. I taught Russian literature and linguistics at the local university and held seminars every other weekend to make some extra money. Then came the ‘70s, the Leonid Brezhnev era, dangerous like a deadly marshland, when everybody had to make a choice, and mine wasn’t the wisest. I still held regular gatherings in my apartment for close friends and colleagues, and I was still their usual host — the guests enjoyed food, drinks and slow dancing, and they didn’t notice that I, who was usually in the center of every discussion, was not talking much.

“You used to be witty and cheerful, my love,” my wife remarked. “Now you don’t say a word.”

Of course I could have made an effort to be smart and funny; it’s just that I had the feeling I’d said it all before and the things I really wanted to discuss were dangerous and forbidden. Later, when everyone was gone, I stood at the open window, hands in my pockets, silent. When I at last turned around, she was already in bed.

I was in my late 20s then, healthy and still ambitious.

As months went on, things got worse. We became a couple who no longer had anything to say to one another. We made love occasionally, still with some passion, but with our eyes closed, relieved to be done. I still kissed her in the morning and again in the evening, but in passing, as though forced by necessity. I hated my job, the environment, the System.

In the fall of 1978 I flew to Moscow and met with a few of my old colleagues from the university. The meeting took place behind closed doors in a dacha about 30 kilometres from Russia’s capital. We talked about dead friends and those who were expected to pass away in the near future. We also talked about the need for a printing shop somewhere in Moldavia or Ukraine, preferably Moldavia. That was dangerous activity, that could’ve cost me more than a job or advancement opportunities, but everything went fine. No one knew about it, not even my wife or any of my close friends.

When some time later I was invited by the local KGB office for a chat, it was a shock: The KGB? I didn’t know what to think, but this wasn’t an institution I could ignore. The representative turned out to be a Major by the name of Anatoly Orlov, a young, educated man in his early thirties, polite and a good listener. He knew a lot about my work, personal life, hobbies, but talked about it casually. He suggested lunch at the nearby café, and I agreed: after all, lunch is lunch, a harmless thing. I ordered a beef stroganoff, and for the next thirty minutes there was very little conversation, only remarks about this and that.

Then we shook hands. Sunny day, as usual at this time of year. No rain. Everybody in white shirts.

Anatoly called a month later to wish me a happy birthday and to request another meeting, in an apartment on Garden Street, at ten o’clock next Tuesday.

“Next Tuesday?” I asked as if this was the only hitch that could stop me from coming. “I need to check my schedule.”