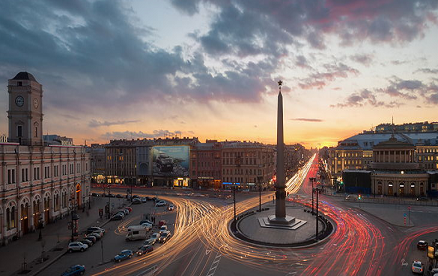 “A tall gingerbread latte for Christina is ready, thank you.” An energetic brown-haired guy, probably no older than me, places my drink on the pick-up counter.

It’s as if a glass wall of numbness cracks inside of me as I hear him speak. Normally waiters are politely aloof, and even when they aren’t, you know they don’t mean a word they say because most of them are horrible actors. But I detect an unmistakable note of attentiveness in the voice of this young barista. He sounds as if he cares. A feeling of worthlessness that’s been poking my chest since morning melts away, and some delicious warmth starts oozing through me. It lulls me into a calmness of an almost ethereal nature which I instantly recognize: I feel it whenever I dream about perfect life.

“Latte, grande, for Alexandra.” That same animated voice jolts me out of my trance-like state. Now that same barista boy is smiling dazzlingly at a girl next to me. His tone is affectionate, a touch of concern in it, like before.

A whirlpool of bitterness roughly sucks me in as I realize it was all an act. He may just as well have pulled an elaborate prank on me. I feel worthless again, only now the sensation is vigorous, relentless, as though it will stay with me forever.

Stop it. Focus on your audition. It’s in less than a week.

I pick up my order and push through the crowded café in search of a free table. With string lights flickering in the windows to the cheerful beat of a Frank Sinatra song — Sinatra is frequently played in Russia at this time of year — the setting very much resembles a scene from a Christmas movie.