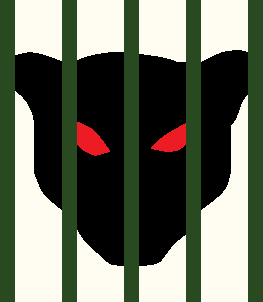 The Rapist Down the Street

A serial rapist lived down the street from me.

He went by the name “Richard Wild” but his real name is Selva Kumar Subbiah. You can google him. He was convicted of drugging and sexually assaulting 30 women and served 24 years in jail. When he was released last year they deported him to Malaysia. Police believe he could have attacked over a thousand women in Toronto. I was very nearly one of them.

Growing up in Parkdale, I frequently took Babe, my black and white Springer Spaniel, for walks around the neighbourhood. When I was 16 years old and out for a stroll a well-dressed woman with her blonde hair in a chignon bun stopped me on the street. She told me her friend was an agent and that he’d noticed me. There were some local film productions going on and she was sure I could get a part. She asked me for my phone number.

I didn’t give it to her because I already had an agent. At the time I did a little work as an extra on weekends and did have dreams of getting a real acting job some day. I said if her friend was interested in working with me he could contact The Edward G. Agency. She insisted I might prefer to be paid directly. I laughed and told her no thank you, and she gave me a card anyways which I threw away.

It came out later in court that Subbiah used girlfriends to recruit women and teenage girls for him. The talent agent ruse lured in at least 20 victims who ended up drugged, sexually assaulted and photographed.

A week or so later, I was doing my daily dog walk up at the end of my street when a man with a long ponytail and striking green eyes came out of his house. He came over to chat and introduced himself as Richard Wild. He asked if I liked animals. Of course I like animals. He told me that he had wild cats living in his basement and would I like to see them?

I said I’d like to see them but my dog has to come with me. At 16, I was convinced my 40-lb bouncy spaniel was an amazing attack dog. All the protection a girl could need.

Richard Wild protested and said a dog might not mix well with the cats. I said then I couldn’t see them, because I never left my dog anywhere. He relented and we walked into his house, and down to his basement, Babe on her leash following me.

The basement was unfinished with a cement floor and a series of big cages. It was dark and smelled of musk, animal urine and disinfectant. And yes, the cages had three wild cats in them. Though the lighting was dim, I could see large creatures pacing in wire cages that allowed them about five steps in each direction. My dog was less than half the size of the smallest one. She stayed very close to my side and seemed quite apprehensive about leaving the staircase. So, we huddled near the bottom step not getting too close to the cages, both of us staring at the horribly displaced animals. Wild cats belong free in a forest, not in a dingy damp basement.