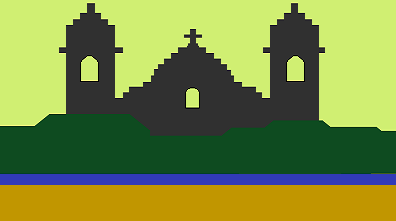 Miguel has made a wonderful mistake. He is excited, vibrant, so filled with hope he feels powerful enough to fly. And it’s a horrible mistake, excruciating, leaving him agitated, so filled with despair he feels shackled like some mythical hero. Maybe it’s not a mistake. Maybe it’s fate. Fate, yes, meant to be, no responsibility, a life governed by forces outside of himself. No, not possible, not fate at all — he’s made the choice, the mistake is his, his to be happy with and his to bear.

The mistake? He’s fallen in love. Not with just anybody. No, he chose, after twenty-five years, to see his first love and like any fool he fell in love with her again. Maybe he had always been in love with her. That’s a possibility because he knows he has never been fully in love with his wife. Now he is in love, excitingly in love. And he is in trouble, terrible, painful trouble because he is married and he has four children and a job and a house, all back in the country he now calls home, thousands of miles away, and to which he must soon return.

He can hardly sleep. Yet he must have slept because he is never tired. He feels energized. Eating has become meaningless except when he is with her and then even ordinary rice and beans taste rich. The smell of coffee fills him with images of her dark hair. On his morning walks the leaves, laden with drops of overnight rain or morning dew, sparkle and he sees her laughter and pleasure-filled eyes. How childish, he thinks. I’ve become sentimental, a romantic. But he smiles, warmth fills him, hints of joy make him almost giddy.

These feelings face the test of reality when he looks in the mirror. The kind of love filling him is the love of young people. Not puppy-love, but deeper, the kind one finds as life opens — beauty and hope, lust and anticipation, the simultaneity of present and future, all delicious. Looking in the mirror cannot stifle this. Not the slight receding of his full head of black hair, not the speckles of grey, not the hint of jowl at neck and chin, not the body whose fitness he maintains with such discipline. Still, he is aware of his age.

Nor is she the beauty he recalled, or imagined. Her body — she has two grown children — now thicker and fleshier, her face fuller, rounder, wrinkles under her eyes. But her dark soft skin makes him crave to touch her, has so right from the first encounter.

They didn’t touch. Meeting only in public for coffee in the beginning and then lunch followed by walks, they talked, eyes met. Under the table in the café there may have been accidental contact of a foot or knee and as they walked, especially if there were crowds, they may have bumped shoulders or hands. As they progressed to evening meetings late enough for the nights to cool, Miguel may have helped her on with a sweater. But they never touched, not like lovers do. Among family and friends, the small city they were in was more like a Catholic village, the standards clear and, of course, everyone watched.