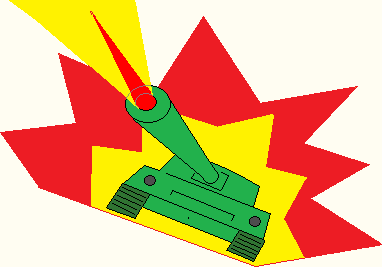 I had only been in Ho Chi Minh City for a few days, but the heat was already getting to me. It was unbearable. Sweat dripped from every pore. Even when it rained there was no relief.

I had a few hours to kill. With the heat bearing down on me, I decided to visit the Vietnam war museum. This was about ten years ago.

As I approached the faded grey walls, I felt not too impressed. However, after passing through the gate and walking into the courtyard, I was amazed to see a fighter plane, an actual F-5A fighter plane, right there, positioned to the left of the entrance. It looked much smaller than I thought a fighter plane should be, and I wondered if I would even fit inside of the cockpit. Nonetheless, I imagined myself sitting inside, gripping the joystick and manoeuvring the plane through the sky, shooting at enemies and firing missiles at high-value targets.

There was an M48 Patton tank on the other side of the courtyard. Just like the plane it was much smaller than I thought it would be, but it was still a tank, and I had never seen a real one before. Just as with the plane, I imagined myself sitting inside the tank, barreling through whatever stood in my way, blasting its massive cannon at whatever I was ordered to hit.

Every Christmas, I begged my mother to buy me whatever G.I. Joe vehicle I had just seen on one of the television commercials that seemed to air every minute of every day during the holiday season. The bigger the vehicle and the more projectiles it fired, the more I wanted it.

Times were difficult. It was just my mother and I, there wasn’t much money. Yet, despite the hardships, every Christmas my mother managed to buy me a different G.I. Joe machine. She always found a way.

One of the machines was a tank, which fired large projectiles that blew away the small armies of action figures I carefully positioned on my bedroom floor. And another was a fighter jet, which I flew over those same carefully positioned armies while dropping black plastic bombs and firing plastic missiles at them. I added my own sound effects to make the battles more theatrical.

So now, at the museum, I was so enthralled by the real tank and the real fighter jet that it was difficult to walk away from them. I had to remind myself that I could spend more time with them later, I could come back and take time to touch them, and I might even convince somebody to take a picture of me with them.