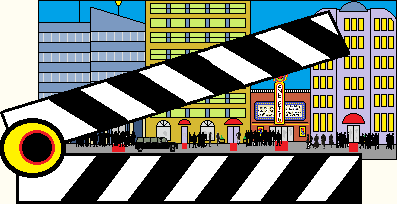 There are over six hundred industry people in the Hyatt Regency now that the film festival has begun but the couple in Room 802 have been in Toronto since June when the young woman’s cable series started principal photography. She dozes in bed amid sections of the Sunday New York Times, a MacBook Pro, and a full double pink draft of the series’ final episode. Across from the bed, on the low-rise dresser, is a vase of sagging tulips, wrinkled clumps of Canadian and American bills, and a manuscript of paper, four inches high, serenely situated on a FedEx packet. Sounds of plumbing — running taps, a toilet flushing — begin in the bathroom, obscuring the noise of a ringing cell phone, which is why, in the next moment, a grey-haired man walks out from the bathroom to ask, “That someone’s cell?” But the ringing has stopped. He wears a fluffy hotel bathrobe, the sleeves of which on him extend barely past his elbows. “I thought I heard ringing.” Instead of going to either of the two cell phones in the room, he takes a large cinnamon bun from the bedside table and grabs the Times magazine off the bed. He skims an article about child soldiers in the Sudan then sits at the end of the bed, beside the sleeping woman. Finding a Sharpie marker on the floor, he turns to the crossword puzzle in the magazine’s back pages. As he begins printing in the first squares of the crossword, the young woman twitches once, twice, and begins jiggling her foot into the small of the grey-haired man’s back.

The young woman speaks into a pillow. “Proud?”

She opens one eye and says, “Pious.”

“You go out with me because I’m cute.”

“Cute?” He regards her shape within the bedcovers. “You’re gorgeous. Those pants last night were so sexy—”

“I know. I had to cut the bum out of my underwear so I wouldn’t have panty lines. I don’t have any more clean thong underwear. Can you believe that?”

“That’s preposterous. That’s an outrage. What kind of film festival is this?” He smiles at her, smiles at a splash of hair that has spilled across her pillow. “Cookie, you did look beautiful last night.”

“I’m just glad I’m finally known for what I do, not how I look.”

“Exactly.” Setting aside the marker and magazine, the grey-haired man gets into a push-up position above her. “You can’t help it if you’re gorgeous.” He bounces his pelvis into the underside of her thigh.

“That’s not what you said last night.”

“Sweetie, I don’t have a sexy bone in my body right now.”

“That’s where I come in.” After a pause, he tilts his head. “Hey, that was pretty good.”

“That was pretty good,” she says, quickly slipping a hand between her legs. “Wow. Itchy!”

The young woman flips over on her back, pushes away the bed sheets, and pulls up the lace-lined edge of her slip. “Whoof,” she says. “Sorry, bud. Fifi’s closed today.”

“‘Fifi’s closed today.’ Where’d we get that? Didn’t someone actually say that?”

“Holy Toledo.” The young woman examines herself. “Fifi’s not looking so hot.” She scratches two fingers through the line of her pubic hair. “Time for a wax. It’s Sherman Forest.”

Balancing the Times magazine on his thigh, the grey-haired man takes the cinnamon bun from the bed. “Okay, help me with this. Five down.”

“Let me tell you the clue.”

“Hey—” She sits up, her face creased from the bed sheets. “That smells good.”

He moves the cinnamon bun away from the bed. “Not a chance, kid.”

“I offered to order you one but you didn’t want any.”

“I didn’t know it was going to be that good. Please?”

With a quick shake of his head, he passes the pastry to her. “All right, Cookie DeLuca. Five down. Eight letters. ‘Brief gleam’ is the clue. Ends in R.”